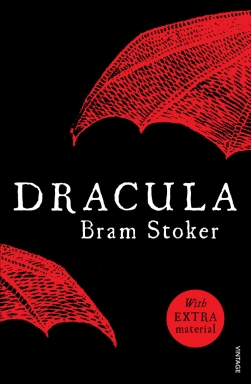 It is widely believed that Dracula's Guest is actually the deleted first chapter from the original Dracula manuscript, which the publisher felt was superfluous to the story. In the preface to the original edition of Dracula's Guest and Other Weird Stories, Stoker's widow Florence wrote, "To his original list of stories in this book, I have added an hitherto unpublished episode from Dracula. It was originally excised owing to the length of the book, and may prove of interest to the many readers of what is considered my husband's most remarkable work."

Dracula's Guest follows an Englishman (whose name is never mentioned but is presumed to be Jonathan Harker) on a visit to Munich before leaving for Transylvania. It isWalpurgis Night, and in spite of the hotelier's warning to not be late back, the young man later leaves his carriage and wanders toward the direction of an abandoned "unholy" village. As the carriage departs with the frightened and superstitious driver, a tall and thin stranger scares the horses at the crest of a hill.

Upon reaching a desolate valley after a few hours, it begins to snow and as a dark storm gathers intensity, the Englishman takes shelter in a grove of cypress and yew trees. The Englishman's location is soon illuminated by moonlight to be a cemetery, and he finds himself before a marble tomb with a large iron stake driven through the roof, the inscription reads: Countess Dolingen of Gratz / in Styria / sought and found death / 1801. Inscribed on the back of the tomb "graven in great Russian letters" is: The dead travel fast.

The Lady of the Shroud

The Jewel of Seven Stars

The Lair of the White Worm