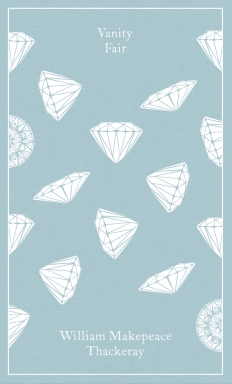 Vanity Fair: A Novel without a Hero is a novel by English author William Makepeace Thackeray, first published in 1847–48,satirizing society in early 19th-century Britain. It follows the lives of two very different women, Becky Sharp and Amelia Sedley, amid their friends and family. The novel is now considered a classic, and has inspired several film adaptations. In 2003, Vanity Fair was listed on the BBC's The Big Read poll of the UK's "best-loved novel".

The story opens at Miss Pinkerton's Academy for Young Ladies, where Becky Sharp and Amelia Sedley have just completed their studies and are preparing to depart for Amelia's house in Russell Square. Becky is portrayed as a strong-willed and cunning young woman determined to make her way in society, and Amelia Sedley as a good-natured, lovable though simple-minded young girl.

At Russell Square, Miss Sharp is introduced to the dashing and self-obsessed Captain George Osborne (to whom Amelia has been betrothed from a very young age) and to Amelia's brother Joseph ("Jos") Sedley, a clumsy and vainglorious but rich civil servant fresh from the East India Company. Hoping to marry Sedley (the richest young man she has met), Becky entices him, but she fails because of warnings from Captain Osborne, Sedley's own native shyness, and his embarrassment over some foolish drunken behaviour of his that Becky had seen.

Becky Sharp says farewell to Sedley's family and enters the service of the crude and profligate baronet Sir Pitt Crawley, who has engaged her as a governess to his daughters. Her behaviour at Sir Pitt's house gains his favour, and after the premature death of his second wife, he proposes marriage to her. Then he finds she is already secretly married to his second son, Rawdon Crawley.

Sir Pitt's elder half sister, the spinster Miss Crawley, is very rich, having inherited her mother's fortune of £70,000. How she will bequeath her great wealth is a source of constant conflict between the branches of the Crawley family who vie shamelessly for her affections; initially her favourite is Sir Pitt's younger son, Captain Rawdon Crawley. For some time, Becky acts as Miss Crawley's companion, supplanting the loyal Miss Briggs in an attempt to establish herself in favour before breaking the news of her elopement with Miss Crawley's nephew. However, the misalliance so enrages Miss Crawley that she disinherits her nephew in favour of his pompous and pedantic elder brother, who also bears the name Pitt Crawley. The married couple constantly attempts to reconcile with Miss Crawley, and she relents a little, but she will only see her nephew and refuses to change her will. 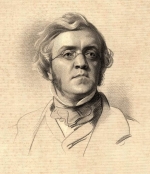