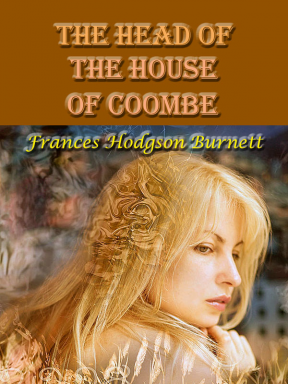 The Head of the House of Coombe is a 1922 novel by Frances Hodgson Burnett. The Head of the House of Coombe follows the relationships between a group of pre–World War One English nobles and commoners. It also offers both some interesting editorial commentary on the political system in prewar Europe that Burnett feels bears some responsibility for the war and some surprisingly pointed social commentary.

Burnett wrote a 1922 sequel to The Head of the House of Coombe called Robin which completes the story of Robin, Lord Coombe, Donal and Feather.

Lord Coombe is considered to be the best-dressed man in London. He is also a man whose public reputation, despite his formidable intellect and observant eye, is one of unmitigated wickedness. During one of his social forays, he meets a selfish young woman named 'Feather' with the face of an angel. Fascinated by her, he slowly drifts into her circle. When her husband dies unexpectedly, leaving her alone and desolate in London, he ends up taking her under his wing.

Feather has a daughter named Robin, of whom she takes little notice. She treats Robin with shocking neglect and once Coombe takes over responsibility for the household's finances, Feather readily abandons poor Robin to the less-than-kindly ministrations of her nurse. In fact, Robin doesn't even know Feather is her mother for her first six years, calling her The Lady Downstairs'. Robin also hates Coombe, having heard a conversation that blamed him for the loss of her first friend. This was a little boy named Donal who was in fact Coombe's heir. Donal's mother disapproves both of Coombe and Feather and when she discovers that her son has been playing with Robin, she whisks him away, leaving Robin heartbroken. However, Coombe does not return this dislike and in fact makes a point of serving as her guardian, albeit without Robin's knowledge. As Robin grows, he builds her a set of rooms, engages a loving nurse for her, and eventually secures a reputable governess for her. While her mother continues to behave with the selfish freedom of a wanton child.

Three Men In A Boat