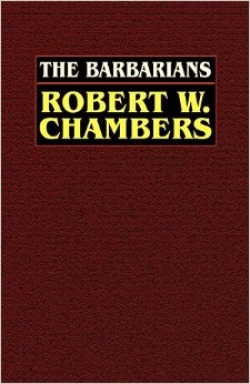 Lost In The Jungle

The House of the Dead or Prison Life in Siberia

The Sorrows of Young Werther

So this is what happened to the dozen-odd malcontents who could no longer stand the dirty business in Europe and the dirtier politicians at home.

There was treachery in the Senate, treason in the House. A plague of liars infested the Republic; the land was rotting with plots.

But if the authorities at Washington remained incredulous, stunned into impotency, while the din of murder filled the world, a few mere men, fed up on the mess, sickened while awaiting executive galvanization, and started east to purge their souls.

They came from the four quarters of the continent, drawn to the decks of the mule transport by a common sickness and a common necessity. Only two among them had ever before met. They represented all sorts, classes, degrees of education and of ignorance, drawn to a common rendezvous by coincidental nausea incident to the temporary stupidity and poltroonery of those supposed to represent them in the Congress of the Great Republic.

The rendezvous was a mule transport reeking with its cargo, still tied up to the sun-scorched wharf where scores of loungers loafed and gazed up at the rail and exchanged badinage with the supercargo.

The supercargo consisted of this dozen-odd fed-up ones—eight Americans, three Frenchmen and one Belgian.

There was a young soldier of fortune named Carfax, recently discharged from the Pennsylvania State Constabulary, who seemed to feel rather sure of a commission in the British service.

Beside him, leaning on the blistering rail, stood a self-possessed young man named Harry Stent. He had been educated abroad; his means were ample; his time his own. He had shot all kinds of big game except a Hun, he told another young fellow—a civil engineer—who stood at his left and whose name was Jim Brown.

A youth on crutches, passing along the deck behind them, lingered, listening to the conversation, slightly amused at Stent's game list and his further ambition to bag a Boche.

The young man's lameness resulted from a trench acquaintance with the game which Stent desired to hunt. His regiment had been, and still was, the 2nd Foreign Legion. He was on his way back, now, to finish his convalescence in his old home in Finistère. He had been a writer of stories for children. His name was Jacques Wayland.

The Tenant of Wildfell Hall

The Wanderings of a Spiritualist

The Mystery of Choice

The Slayer of Souls

The Adventures of a Modest Man