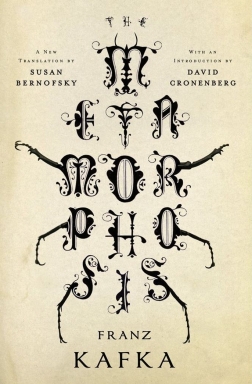 The Metamorphosis (German: Die Verwandlung, also sometimes translated as The Transformation) is a novella by Franz Kafka, first published in 1915. It has been cited as one of the seminal works of fiction of the 20th century and is studied in colleges and universities across the Western world. The story begins with a traveling salesman, Gregor Samsa, waking to find himself transformed (metamorphosed) into a large, monstrous insect-like creature. The cause of Samsa's transformation is never revealed, and Kafka himself never gave an explanation. The rest of Kafka's novella deals with Gregor's attempts to adjust to his new condition as he deals with being burdensome to his parents and sister, who are repulsed by the horrible, verminous creature Gregor has become.

One day, Gregor Samsa, a traveling salesman, wakes up to find himself transformed into an ungeheures Ungeziefer, literally "monstrous vermin", often interpreted as a giant bug or insect. He believes it is a dream and reflects on how dreary life as a traveling salesman is. As he looks at the wall clock, he realizes he has overslept and missed his train for work. He ponders the consequences of this delay. Gregor becomes annoyed at how his boss never accepts excuses or explanations from any of his employees no matter how hard-working they are, displaying an apparent lack of trusting abilities. Gregor's mother knocks on the door, and he answers her. She is concerned for Gregor because he is late for work, which is unorthodox for him. Gregor answers his mother and realizes that his voice has changed, but his answer is short, so his mother does not notice the voice change. His sister, Grete, to whom he was very close, then whispers through the door and begs him to open it. He tries to get out of bed but is incapable of moving his body. While trying to move, he finds that his office manager, the chief clerk, has shown up to check on him. He finally rocks his body to the floor and calls out that he will open the door shortly. 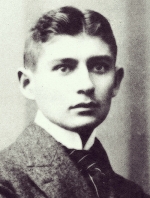 The Gilded Age: A Tale of Today