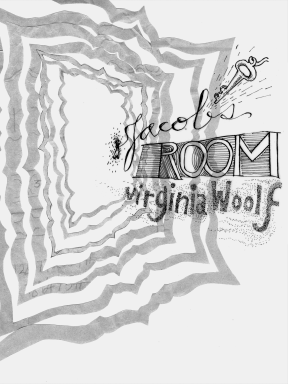 The Wreck of the Golden Mary

Three Men In A Boat

Three Men on the Bummel

Jacob's Room is the third novel by Virginia Woolf, first published on 26 October 1922.

The novel centres, in a very ambiguous way, around the life story of the protagonist Jacob Flanders and is presented almost entirely through the impressions other characters have of Jacob. Thus, although it could be said that the book is primarily a character study and has little in the way of plot or background, the narrative is constructed with a void in place of the central character if, indeed, the novel can be said to have a 'protagonist' in conventional terms.

Motifs of emptiness and absence haunt the novel and establish its elegiac feel. Jacob is described to us, but in such indirect terms that it would seem better to view him as an amalgam of the different perceptions of the characters and narrator. He does not exist as a concrete reality, but rather as a collection of memories and sensations.

Set in pre-war England, the novel begins in Jacob's childhood and follows him through college at Cambridge and into adulthood. The story is told mainly through the perspectives of the women in Jacob's life, including the repressed upper-middle-class Clara Durrant and the uninhibited young art student Florinda, with whom he has an affair. His time in London forms a large part of the story, though towards the end of the novel he travels to Italy and then Greece.