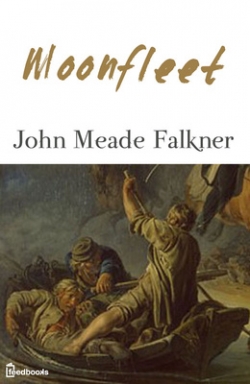 An Occurrence at Owl Creek Bridge

Can Such Things Be?

Moonfleet is a tale of smuggling by the English novelist J. Meade Falkner, first published in 1898. The book was extremely popular among children worldwide up until the 1970s, mostly for its themes of adventure and gripping storyline. It remains a popular story widely read and is still sometimes studied in schools.

In 1757, Moonfleet is a small village near the sea in the south of England. It gets its name from a formerly prominent local family, the Mohunes, whose coat of arms includes a symbol shaped like a capital 'Y'. John Trenchard is an orphan who lives with his aunt, Miss Arnold. Other notable residents are the sexton Mr Ratsey, who is friendly to John; Parson Glennie, the local clergyman who also teaches in the village school; Elzevir Block, the landlord of the local inn, called the Mohune Arms but nicknamed the Why Not? because of its sign with the Mohune 'Y'; and Mr Maskew, the unpopular local magistrate and his beautiful daughter, Grace.

Village legend tells of the notorious Colonel John "Blackbeard" Mohune who is buried in the family crypt under the church. He is reputed to have stolen a diamond from King Charles I and hidden it. His ghost is said to wander at night looking for it and the mysterious lights in the churchyard are attributed to his activities.

As the main part of the story opens, Block's youthful son, David, has just been killed by Maskew during an attack by the authorities on a smuggling boat. One night a bad storm hits the village and there is a flood. While attending the Sunday service at church, John hears strange sounds from the crypt below. He thinks it is the sound of the coffins of the Mohune family. The next day, he finds Elzevir and Ratsey against the south wall of the church. They claim to be checking for damage from the storm, but John suspects they are searching for Blackbeard's ghost.

Later John finds a large sinkhole has opened in the ground by a grave. He follows the passage and finds himself in the crypt with coffins on shelves and casks on the floor. He realises his friends are smugglers and this is their hiding place. He has to hide behind a coffin when he hears Ratsey and Elzevir coming. When they leave, they fill in the hole, inadvertently trapping him. John finds a locket in a coffin which holds a piece of paper with verses from the Bible. John eventually passes out after drinking too much of the wine while trying to quench his thirst, having not eaten or drunk for days. Later he wakes up in the Why Not? inn - he has been rescued by Elzevir and Ratsey. When he is better, he returns to his aunt's house, but she, suspecting him of drunken behaviour, throws him out. Fortunately, Elzevir takes him in.

Can Such Things Be?

The Mystery of Choice